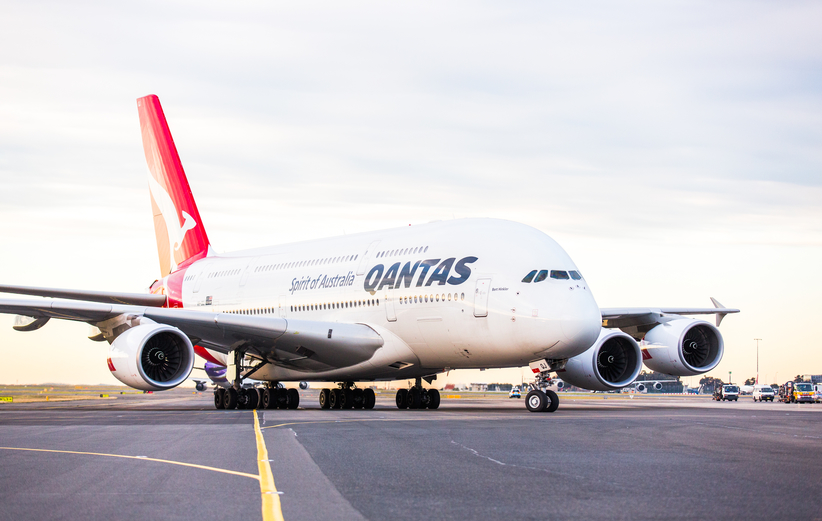 Qantas has announced today that it will be grounding 8 of its 12 flagship A380s.

Three of the A380 routes serving Singapore – Singapore-Melbourne, Singapore-Sydney and Singapore-London – will all be affected, along with some other flagship A380 services from Australia to USA.

Affected services to and from Singapore

The flagship Sydney-Singapore-London service, QF 1 & QF2, will be rerouted via Perth until mid-September.

One of the two daily service between Singapore and Melbourne, QF37 & QF38 will be cancelled from mid April, while the other will be operated by a A330 instead of the B787 (which was previously announced) from May.

The table below summarises the changes in Qantas services to and from Singapore over the next couple of months:

The rerouting of QF1/2, as well as the downgauging of the Singapore-Melbourne service means that Singapore will no longer get first class service – at least for the time being.

With this, the brand new Qantas Singapore First Lounge which opened less than half a year ago will also suspend its service, closing its door for the time being until the A380s return.

Other changes in the Qantas network

Apart from these key changes, the Sydney-Shanghai service will continue to be suspended until at least mid-July.

Qantas is also reducing capacity to Tokyo by using a smaller A330 instead of the B747 on the Sydney-Tokyo Haneda service.

There’s also changes to the Australia-US network, seeing some cancellations or downguaging of aircraft.

For details, you can find them here on Qantas’ website.

What does this means for Singapore?

This means that there will be no Qantas A380 service coming to Singapore at least until mid-September. Along with it, customers travelling to and from Singapore will no longer have first class or premium economy to choose from.

Given there’s no first class passengers, the closure of the first class lounge also means that Oneworld Emerald members no longer have access to this top-end lounge when travelling, and customers will have to either go to the Qantas business lounge, or any other oneworld lounges in the terminal.

What will happen if you have an existing booking?

Qantas will offer alternative arrangements for you over the next couple of days. If the alternatives do not suit you, you can call them and discuss your options, which they will most likely accommodate without a fee.

Qantas has taken the difficult decision to drastically reduce its offering to Singapore. International travel has slowed down significantly, and given that Qantas primarily carry plenty of Australian customers, it’s natural that they will want to avoid Asia as much as possible given the current situation.

It’s also a pretty smart move – the A380 carries way too many passengers. Grounding eight out of 12 aircraft is pretty drastic, but perhaps necessary. Given that Qantas is also in the midst of upgrading and refurbishing these big birds, this might be a good time to accelerate the programme.

Simple Flying reported on the rumours surrounding these developments over the weekend. According to some sources, the rumours seemed to be true, with some material impact to the Singapore market, as it was a major port for the Qantas A380s. Most of the rumours turned out to be true.

I personally view this as a bit of an overkill, particularly with the removal of a premium economy and first class offering out of Singapore, given the heavy investment over the last few years. This turn of events might also be a good time for Qantas to think about perhaps fitting out first class on smaller aircraft type, so they can at least offer a small handful of seats for those who are willing to pay for them.

We can only hope that the situation turns for the better quickly and hopefully once again we will see some brand new A380s to Singapore the next time they come by.

Travel bubble between Singapore and Australia may open in July...