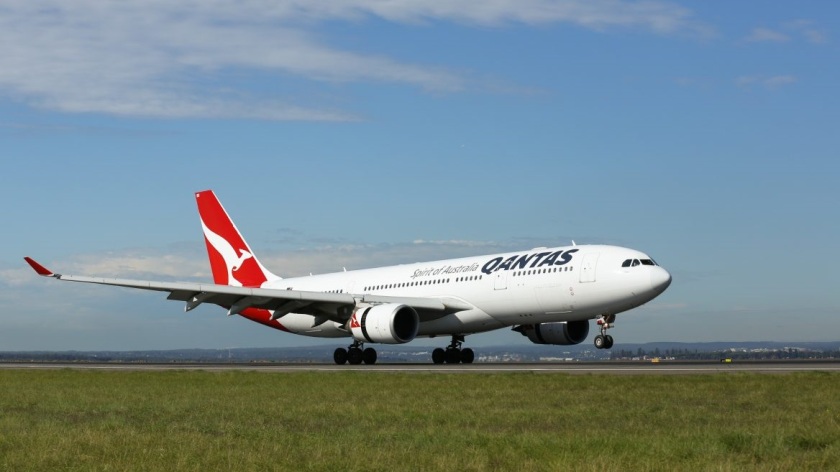 Qantas has introduced a new programme called “Fly Well”, which essentially outlines changes check-in, pre-departure and in-flight arrangements in the near future.

This comes ahead as Qantas prepares for the gradual resumption of domestic and trans-Tasman services, which the Australian and New Zealand governments are exploring.

So… what does Fly Well entail?

In its press release, Qantas said that the new programme “brings together a number of temporary and existing wellbeing measures to give you peace-of-mind at each point of your journey as restrictions ease in the months ahead and domestic travel resumes”.

Essentially this is what Qantas will be doing:

The airline also said that they have ‘ reduced our food and beverage offering’. In the last couple of weeks, Qantas has removed all in-flight food and beverage on domestic flights, so it remains to be seen what ‘reduced’ service means.

In addition, Qantas will be conducting boarding and disembarking in a sequenced manner, so that passengers at the rear of the aircraft board first to minimise interactions between passengers. Once seated, passengers will be asked to limit movement around the cabin.

Qantas was deliberately vague when it comes to the lounges. For now, all lounges across the Qantas network is closed, but they are looking at reopening it at some point in time.

Qantas has said that it will be making ‘temporary changes’ to the lounge experience when they reopen, including increased physical distancing, hand sanitising stations, enhanced disinfection of surfaces and changes to food and drink service.

How this will pan out, remains to be seen.

Qantas will provide face masks, but does not make wearing them mandatory

Here’s where it gets interesting. While Qantas will provide a disposable face mask to every passenger, they are not required to wear them all the time while in flight, unlike what some airlines require now.

Qantas’ argument is that the in-flight environment presents relatively low risk of catching Covid-19, and it has repeatedly emphasised the fact that its air conditioning systems on all Qantas and Jetstar aircraft are already fitted with hospital-grade HEPA filters, which remove 99.9% of all particles including viruses. The air inside the cabin is also refreshed every few minutes, ensuring the highest possible quality of cabin air.

Qantas Group Medical Director, Dr Ian Hosegood, said: “The data shows that actual risk of catching Coronavirus on an aircraft is already extremely low. That’s due to a combination of factors, including the cabin air filtration system, the fact people don’t sit face-to-face and the high backs of aircraft seats acting as a physical barrier. As far as the virus goes, an aircraft cabin is a very different environment to other forms of public transport.”

Qantas has long argued against deliberate social distancing measures on aircraft such as leaving middle seats empty, given that it has limited advantages in terms of social distancing but instead raises the prices of tickets.

Other measures Qantas is implementing

Apart from reducing in-flight touchpoints and providing masks and sanitising wipes, Qantas is also pushing hard for contactless pre-flight initiatives, such as:

Qantas has also said that it will conduct enhanced cleaning of aircraft with a disinfectant effective against COVID-19, with a focus on high contact areas. Airlines are known to do deep-cleans relatively infrequently, so it again remains to be seen how this will be conducted, and how frequently.

It’s good that Qantas has clearly articulated what a ‘new normal’ is like when the world starts to travel again. While these measures are targeted at a domestic – and to some extent, trans-Tasman – travel market, if successful, this may also set pace for how international services will be like.

One thing I think is for sure, flying will no longer be as glamourous as it used to be. Not at least for the near future.